This series examines the Age of Revolutions through its material markers, reminding us that materials themselves reflected and shaped political cultures around the revolutionary Atlantic and World.

Two revolutions framed the early twentieth century in Mexico. In 1910, many participants of the Mexican Revolution demanded more access to land and politics, but, by the 1940s, future leaders of the Green Revolution abandoned agrarian reform for agricultural innovations that increased production. The literature on both revolutions, treated separately, is vast. Much less is known about the connections between them. The following lines illustrate how new pests and pesticides between revolutions did more than intensify production; they fomented a fertilizer crisis by changing the nature of agriculture and politics in Mexico.[1]

Agricultural development in Mexico from 1920 to 1940 meant more than the increase of production. New processes related to scientific agriculture fundamentally transformed the material structures and politics of production in unexpected ways. As trade helped pests trespass borders, scientists and soldiers responded with new agrochemicals, which revolutionized Mexican agriculture by extension. Often seen as a sole product of Green Revolution, the expansion and changes of agricultural regimes began soon after the Mexican Revolution. Using the archives of generals Álvaro Obregón and Joaquín Amaro in Mexico City, the narratives of Sinaloa’s tomato export economy, the military’s role in pest control, and U.S. pesticide experiments shed light upon this inter-revolution transformation.

Known in combat as the “Napoleon of West,” after famously leading troops over 8,000 miles without losing a battle, Álvaro Obregón Salido became the first elected president after the early revolutionary period. However, before becoming the most successful general of the Mexican Revolution, Obregón was a garbanzo-bean farmer and local politician with notable business acumen and a patent for his own bean harvester. But years of commanding armies near the U.S.-Mexican borders expanded his access to U.S. merchants and credit. Obregón returned to Sonora in 1917, where lessons from war helped him direct Pacific coast agriculture toward its first golden age. Sinaloa was central to this agricultural development, and, with Obregón’s support, Sinaloan vegetable growers changed their state into the principal producer of tomatoes for U.S. consumers.

Tomatoes transformed Sinaloa from a sugar-producing state to a state of tomateros (tomato growers). As a representative of Sinaloa’s tomato growers’ union, Obregón traveled to Arizona and California to establish trade relations in 1918. U.S. merchants praised Obregón’s diplomacy and business savvy, but their sympathies did not extend to most tomateros. Written into the first contracts between tomateros and U.S. firms, Mexican growers had to follow strict rules regarding the size, weight, color, and packaging of tomatoes. Growers were also forced to imitate the “scientific” guidelines of expert U.S. packers, while only U.S. officials could determine the quality of tomatoes once they crossed the border. [2] In short, Mexican growers’ control of production was undermined at every step, yet they were liable for mistakes they could not assess.

In addition to the socioeconomic impact these packing agreements had on growers, the use of petroleum, soap, and arsenical insecticides to kill new pests like the tomato fruitworm also undermined the quality of Mexican soils. As early as 1918, vegetable growers in Los Mochis, Sinaloa requested Obregón’s assistance in impeding the United Sugar Company’s use of arsenicals, which contaminated water and harbored malaria-carrying mosquitoes.[3] Arsenicals, such as Paris Green, were also foundational in the early chemical history of the tomato as a commodity, and by the late 1920s, new and stronger arsenicals were considered even more necessary to cultivate commercial tomatoes. Since tougher pest control created niches for hardier pests, the 57 million kilograms of tomatoes exported from Sinaloa and Sonora to the United States in 1927 demanded more land in those states for U.S. agrochemical experiments.[4]

This chemical expansion connected with tomato production changed the ecology of Sinaloa. For millennia, the Sierra Madre Occidental mountain range provided a natural barrier that kept invasive insects from entering Sinaloa’s coastal regions.[5] However, as planters dedicated more land to tomatoes and new roads became avenues to transport tomatoes to the United States, foreign insects invaded Mexico’s West Coast. Like new pesticides, new agricultural pests often traveled north to south.[6] When economic entomologist and consultant, A.W. Morrill suggested in 1926 that, “the vegetable industry of the Western coast [was] virtually an extension of the vegetable industry of the U.S. Southwest,” he was referring to products, pests, and pesticides.[7]

When the common U.S. tomato fruitworm invaded the Experimental Station of Río Fuerte Vegetable Growers in 1926 Los Mochis, the station’s Californian leadership decided to change their pest control measures entirely. They first used sprayers to treat their crops with calcium arsenate, but when that proved inadequate they decided to use airplanes to drop over sixteen tons of lead arsenate and calcium cyanide on their fields.[8] The trials killed pests and produce alike, but that did not curb experiments with aerial eradication. Determining how these experiments influenced the agrarian conflict that plagued Los Mochis through the 1960s calls for more study.

United Sugar Company, the Sud-Pacífico Railroad, and other U.S. companies continued to establish experimental stations in the Pacific where Obregón and his successor Plutarco Elías Calles also incorporated experimental stations into their agricultural vision for Mexico’s future.[9] This was especially true in the case of cotton, tomatoes, and wheat. Experiments on these commodities in the 1920s and 1930s helped make them central to the Mexican economy after the Green Revolution.[10] 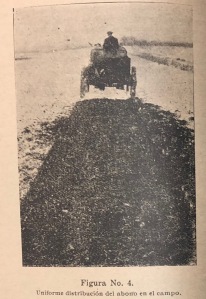 The agricultural vision of Sonoran presidents Obregón and Calles was progressive in its belief that scientific solutions could gradually improve agricultural production. Still, such visions did not intend on helping most farmers and peasants, much less without authoritarian intervention. Their vision was agricultural not agrarian.[11] Improving land for export commodities dwarfed redistributing land for domestic needs. Moreover, the prerequisites needed to realize the Sonoran’s agricultural vision—paved roads, trucks, tractors, vegetable seeds, and pesticides—raised the cost of farming and centralized production into the hands of those who could afford the tools. Leaders surely adopted revolutionary rhetoric to promote scientific agriculture, but most farmers had to wait for the Cárdenas administration or longer for agrarian reform. This agricultural vision benefited leaders and landholders, such as general Joaquín Amaro.

Records of Secretary of War Joaquín Amaro Domínguez show how agrochemicals helped make military involvement central to post-revolutionary agricultural development. General Amaro’s connection with agrochemicals began with anti-locust campaigns. From 1923 to 1926, millions of locusts devoured crops in southern Mexico with more intensity each fall. By 1925, Mexican politicians turned to the military for help against the agricultural nightmare. General Amaro deployed military brigades to nearly a dozen states, wherein soldiers used arsenical pesticides, petroleum, and planes to eradicate the invasion.[12] Following the example of the U.S. Air Service fighting locusts in the Philippines, the Mexican military successfully adopted aerial pest control.[13] Joining forces with the military helped the Secretaries of Public Health and Agricultural and Development finally curb the locust infestations. Like other post-revolutionary public health and public works programs, anti-locust campaigns provided economic and political opportunities for military men and their leaders. Not only did these campaigns change general military relations with agricultural development. They also awarded generals, such as Amaro, access to land and the chemical companies wanting to improve them.

Several Mexican chemical companies contacted Amaro during his tenure as Secretary of War due to his influence over the military and status as a major landholder. In this period, personal sales and relationships were as key to agrochemical companies as major institutional ones. Bristol Mosquito Soap hoped to sell products to the military through Amaro, but the Compañía Mexicana de Fertilizantes (CMF) and Abonos Anahuac aimed to profit from Amaro’s properties. When Eduardo Bornemann of CMF reached out to the general, he did so to share details about the company’s new experiments and offer their services, which included testing landholders’ soils for the best fertilizer solutions.[14]

Two notable patterns repeat in correspondence with Amaro. First, sales associates communicated with Amaro about his landholdings, and they offered him services that simply would not apply to most farmers. Second, these Mexican chemical companies sold fertilizers not pesticides. Apparently, they were more concerned with revitalizing degraded land than killing pests. While more research is needed to uncover why U.S. companies sold more pesticides than Mexican ones, the work of Amaro’s brother and chemist, Dr. Santos Amaro Domínguez, gives us a clue.

In 1938, as the sigatoka disease destroyed banana plantations in Tabasco and locusts swarms devastated crops across the country, Dr. Amaro delivered a speech entitled, “Mexico’s Fertilizer Problem” to the Antonio Alzate Scientific Society. Amaro adopted a narrative of “Mexico’s exhausted lands” to promote the need for organic fertilizers to aid failing agricultural production. Even though he did not blame first-generation pesticides, Amaro noted that chlorine-based insecticides would not be best for Mexico. Instead, he suggested that Mexicans ought to exploit their nation’s rich natural mineral deposits, with which nitrogen and phosphorus rich fertilizers could be made.[15]

Developers adopted some of Dr. Santos Amaro’s suggestions and abandoned others. Mexican chemical companies did begin to utilize guano and sulfur deposits at faster rates in the 1940s. But, at the same time, the use of the organochlorinate, DDT, also exploded during that decade’s Green Revolution. Nevertheless, investigating the agricultural transformations between revolutions highlights the importance of the Sonoran agricultural vision, U.S. pesticides and military pest control in accelerating and altering Mexico’s fertilizer problem before 1940.

Olsson, Tore C. Agrarian Crossings: Reformers and the Remaking of the US and Mexican Countryside. Princeton, NJ: Princeton University Press, 2017.

[1] On the ground, this fertilizer crisis appeared as an ever-increasing need for chemical inputs due to soil fertility loss.

[9] Obregón sent agronomists, such as Marte Gómez, on a global tour to visit the agricultural experimental stations in India, the Philippines, the Caribbean, Europe, and the United States, Joseph Cotter. Troubled Harvest: Agronomy and Revolution in Mexico, 1880-2002. (Westport, CT, Praeger Publishers, 2003), p. 7.

2 thoughts on “Growing Pains: Pest Control and Agrochemicals in Mexico Between Revolutions, 1920-1940”